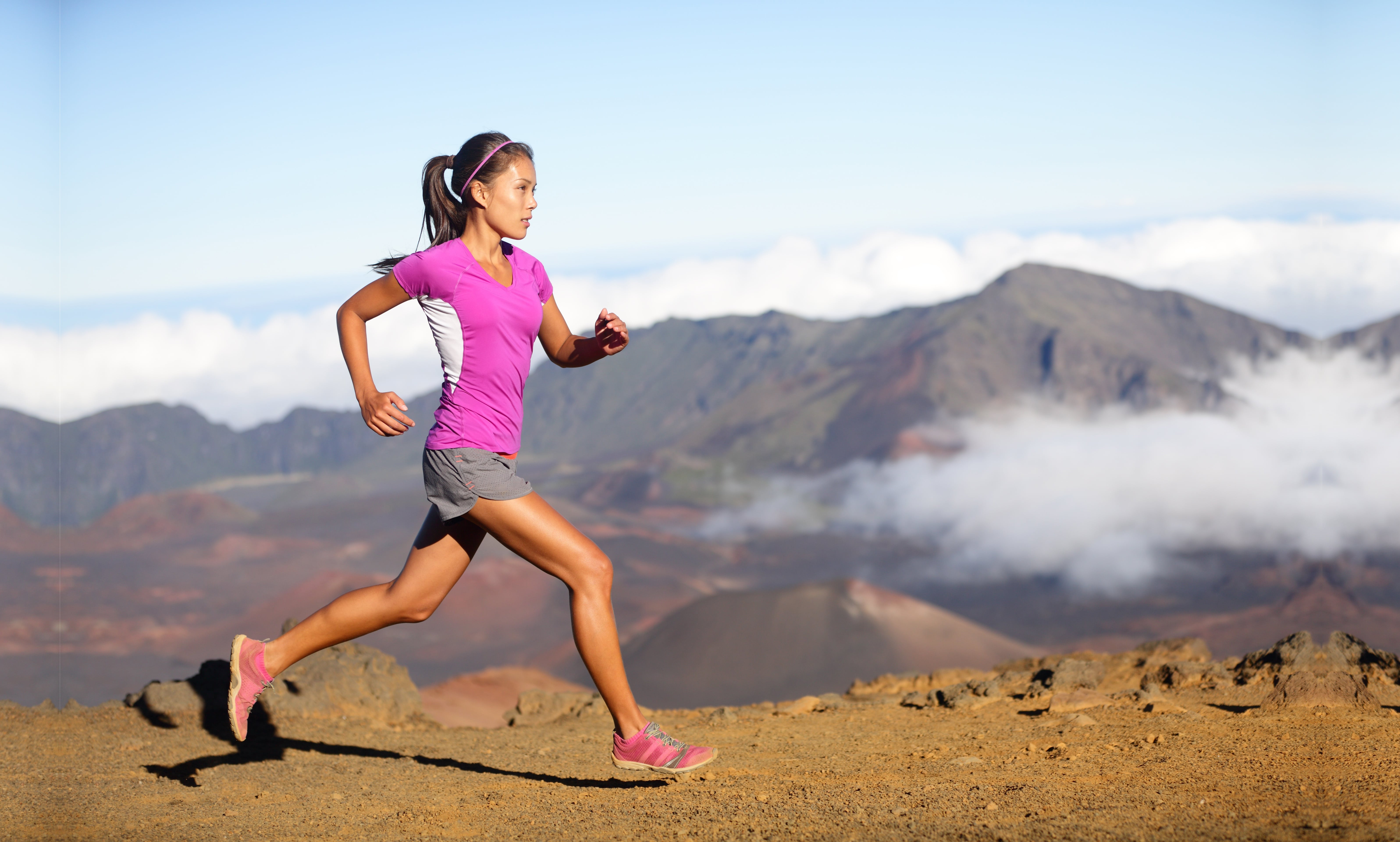 All of us have goals, but (like that treadmill gathering dust and Goodwill-bound clothes in the garage) many of them never get used. Here's a step-by-step guide to creating goals you will actually accomplish. Not a bad thing to teach the kiddos either. A little more about the author:  I have my PhD in failure.

No, I’m not actually kidding.  I mean, the official title of my degree is business psychology, but my dissertation (and my research interests) is all about failure.  I would go into more detail as to why, but it’s really beside the point for the topic at hand, so we’ll just stick to how this pertains to goals.
You can get by thinking all goals are created equal until you become a parent.  Then, when you start having conversations with this weird small human you’ve been tasked with not killing…I mean raising to be a productive member of society… you start to notice things.  Let’s take a bad test grade for example.

According to the psychological research on goal orientations, there are actually several important types and distinctions for goals that change what success and failure look like.

First, there are approach-oriented goals and there are avoidance-oriented goals.  For our test scenario, here’s how these two orientations (the psychological term for approach vs avoidance is “goal valence” if you’re going for extra credit) would play out.

Seems like the same goal, but they actually play out different behaviorally.  Kids who are trying to get a good grade (approach orientation) display more situation-appropriate study habits, are more likely to try different study strategies, and are more intrinsically motivated.

On the other hand, those who just want to avoid failure (avoidance orientation) tend to be more fear-driven, more anxious, display more procrastination and self-handicapping behaviors, and are more likely to cheat.

For those of you who have read Carol Dweck’s book Mindset, this might sound a little familiar.  (Also, a high five to you and ten points to Ravenclaw.)

Someone with performance-oriented goals cares about looking like they are good at something.  They want to shine in the recital, put their A paper on the refrigerator, and be praised in class for knowing the right answer without having to study.  These are the kids who view traits like intelligence or ability as “fixed”, something you’re either born with or you’re not.  This sounds like a relatively harmless thing to believe, but if you follow the logic trail it actually brings with it a host of really scary and dangerous consequences.

If you think intelligence is fixed, then when you get a bad grade it means that you are stupid.  And not just temporarily stupid.  Stupid in a fixed and unchangeable way.  These are the kids that get a bad grade and think “Well that sucks…I guess I must be bad at math”.  They feel just fine getting a bad grade on a test, just so long as everyone else got a worse one.  This also has the horrible little side effect of making them waaaay less likely to continue to try hard at math.  Why bother if you’re already stupid and there’s nothing you can do about it, right?

On the other hand, someone with a mastery-oriented goal cares about (you guessed it) mastering the task in front of them.  These kids (or grown-ups) want to reach into the material up to their elbows and play with it until they understand what all the different little buttons and levers do.  They see ability or intelligence as things that can be built and developed over time, so a failure isn’t this devastating, catastrophic event…it’s actually a fun challenge.

In describing these two mindsets, you can clearly tell which is “better” and you’re right.  People with performance-oriented goals are more stressed, less resilient, more prone to procrastination and “face-saving” behaviors, including (but definitely not limited to) cheating.  Those with mastery-oriented goals end up learning more material, on a deeper level, more permanently, and they have a more fun time doing it.  They have more intrinsic motivation than their performance-oriented peers and they cheat far less often.  (Why cheat if you actually care about learning?)

Going back to our test example, here’s how these two types of goals would look:

Now, you probably noticed that the second one was followed by a silent “said no kid ever”.
Our entire educational system is structured around performance-oriented goals.  We teach our kids to want to score the goals in the game, get the A on the test, win the spelling bee, and all the other competition-based, performance-oriented, completely counterproductive-for-actual-learning things that “good kids” are supposed to want to do.

It’s way easier to measure performance than learning, because performance is visible and measurable, whereas learning is mostly invisible and internal.  However, if you look back at early childhood (you know, that magical time when our small humans are tiny whirlwinds of energy that just want to explore/wreck/destroy everything in their little universes to see how they work), kids do start out as mastery-oriented beings.

Toddlers don’t get bummed out and think they’re permanently unathletic if they fall down a few times.  No, they think “Oh wow, I guess you can’t walk as well with Dad’s ten-sizes-too-big shoes on and a hat over your eyes”, make a correction, and try again…and again and again.  Usually with a fit of giggles and a smile on their face.

Kids come out preprogrammed to love learning and soak it up like tiny little sponges.

Then, we come along with our standardized testing in school, point systems in sports, chore charts at home, etc., and bippity boppity boop, you’re soon looking at a sullen middle schooler who has no intrinsic desire to learn and just wants not to fail the math test so she can go to the mall with her friends on Friday.

Now, don’t get me wrong, I am a complete nerd and I love standardized testing, point systems, and chore charts.  (Promise to give my 30 year old butt a star sticker and I’ll clean anything you put in my hands.)  But as we’re making these systems, we have to be careful not to squish the love of learning that our kids initially displayed when they were irritatingly-excited toddlers.

So there’s your challenge.  When you’re chaperoning the academic (mis)adventures of your kids, here are some helpful tips:

This isn’t going to create a revolutionary change overnight, but knowing the forces at work behind goal setting and the different ways to structure goals will have a long-term effect on your kid’s happiness, learning, and success. 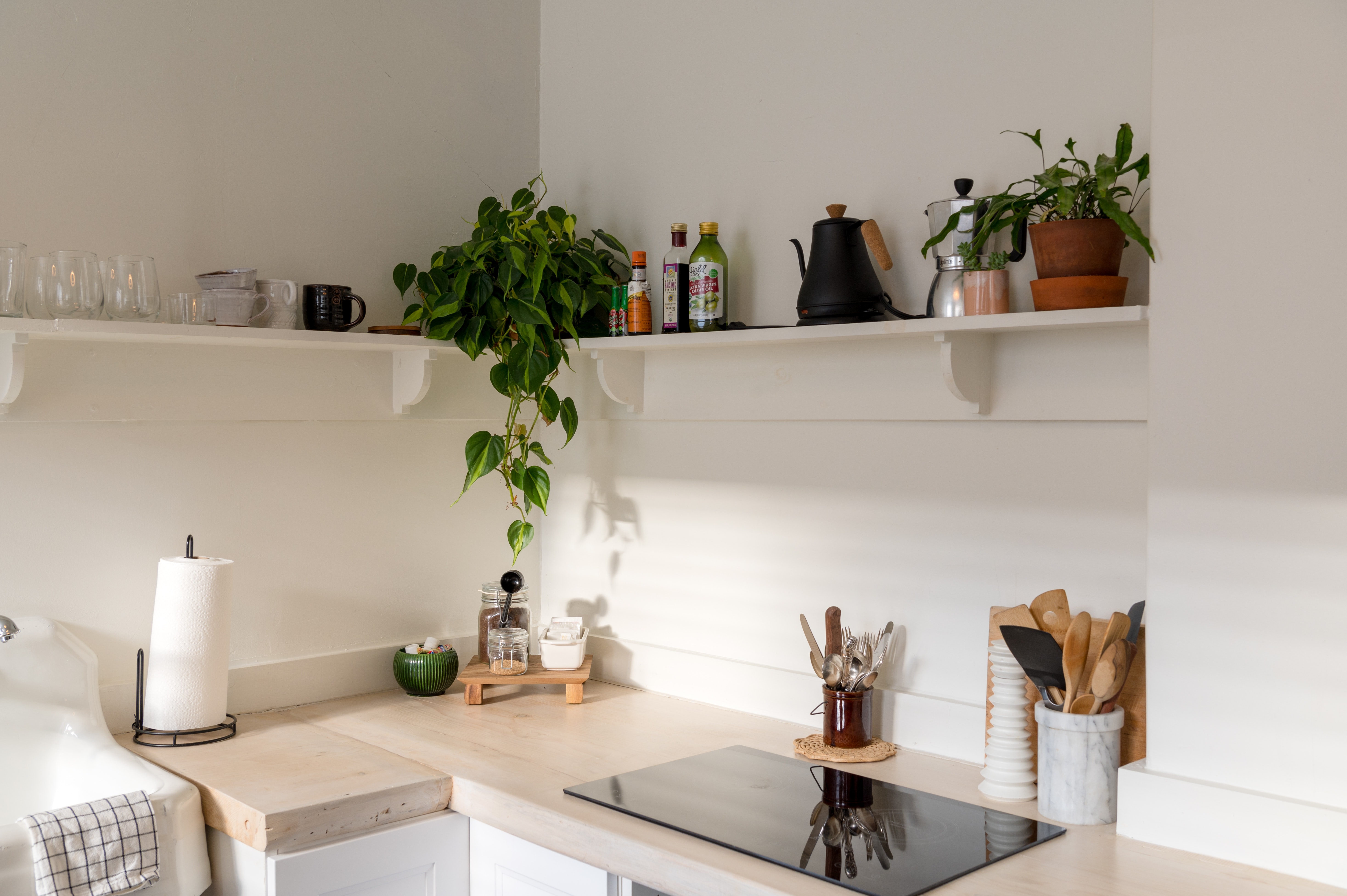 Some Psychological Benefits of a Big Spring Cleaning Mission

Have you noticed that spring cleaning, tidying up, decluttering, and general-purpose home maintenance have become pretty popular in recent years? Here's why....
Read More... 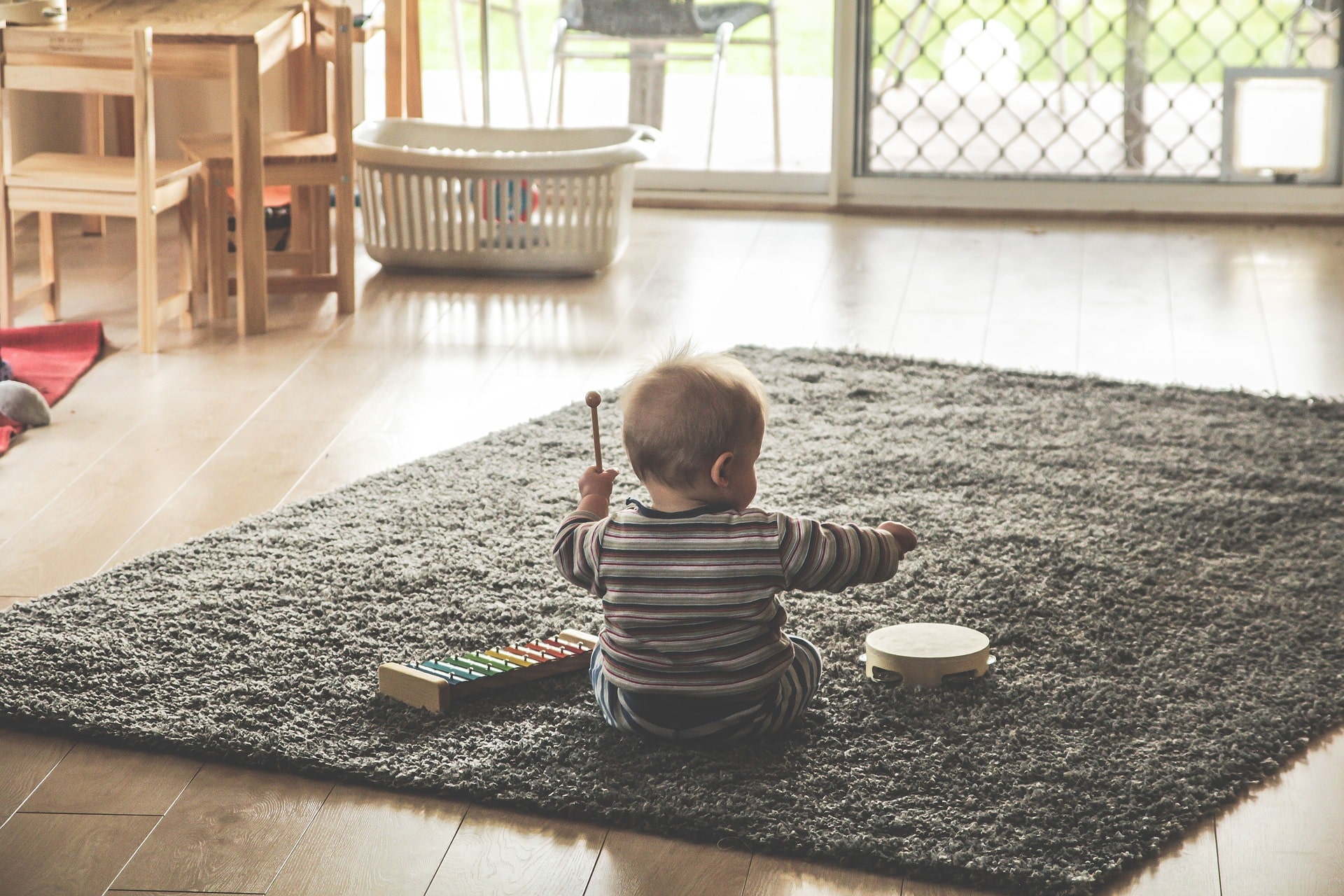 As soon as you see those first signs that your baby might be able to roll over, you realize it is upon you. Your child can now move around at will. And so we enter the baby proofing zone.
Read More... 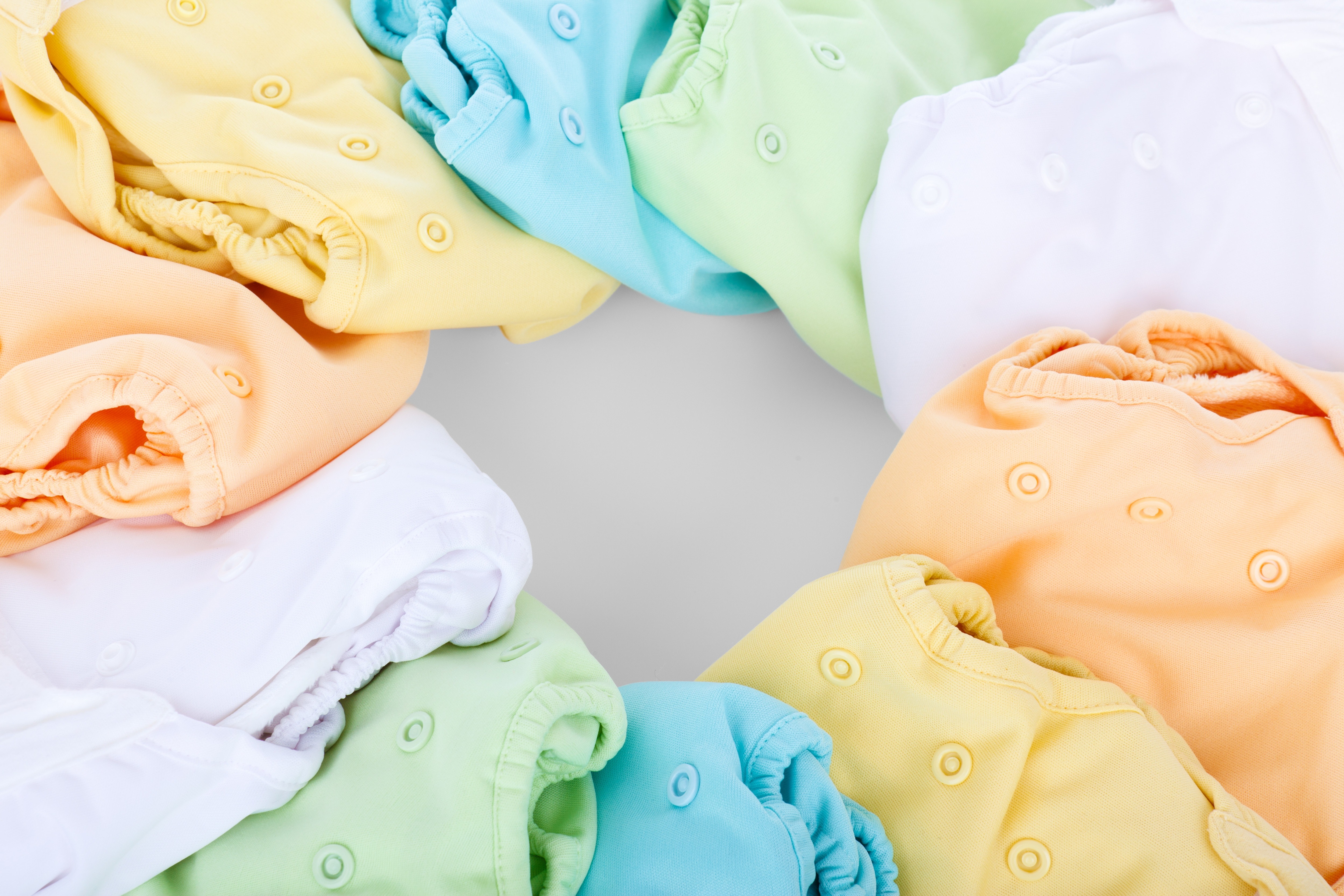 Have you considered how switching to cloth diaper empowers entrepreneurs and makes your life easier and more secure?
Read More...